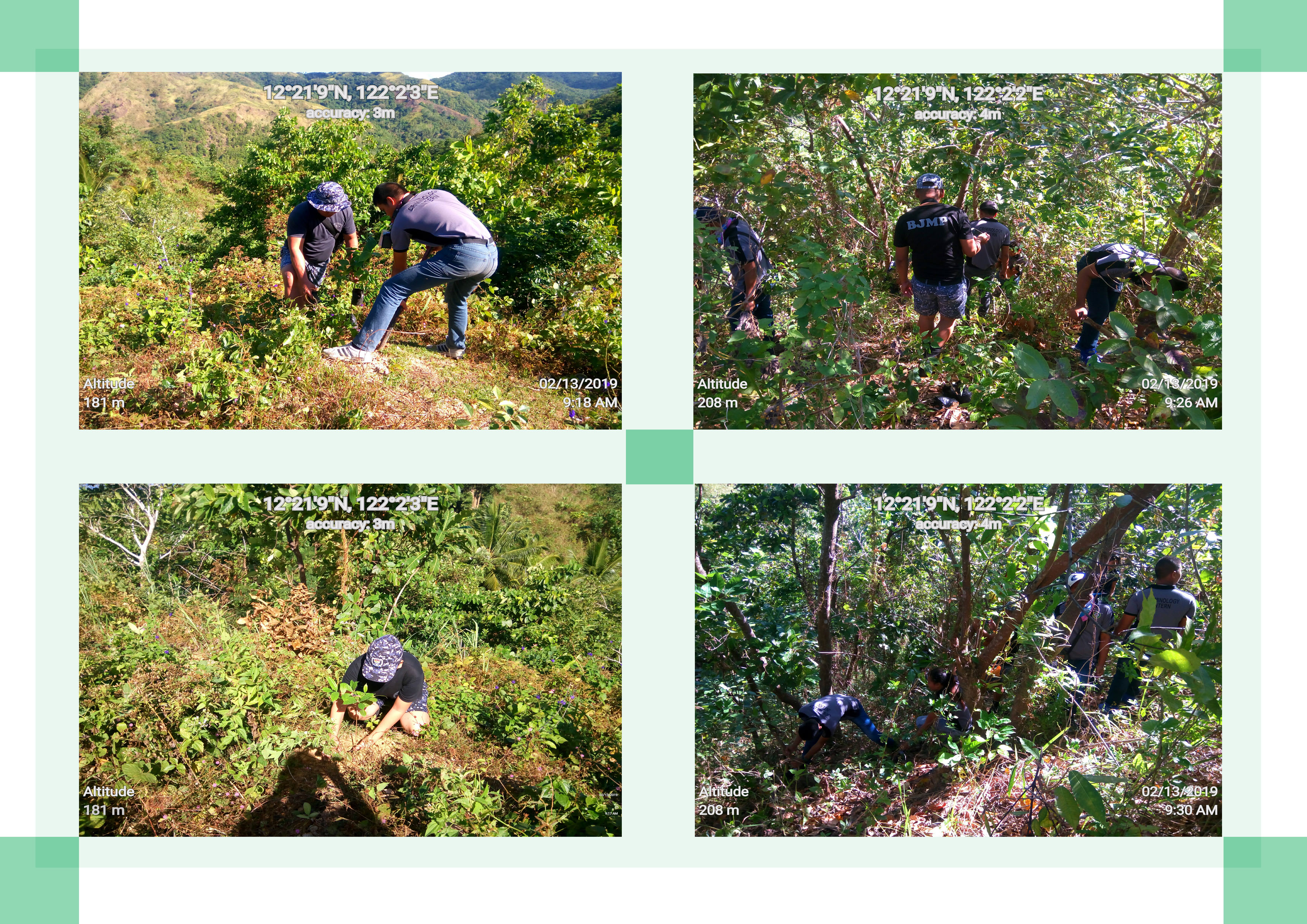 The call for the citizenry to do its share for the environment was met with a positive response from the Bureau of Jail Management and Penology (BJMP) branch in Progreso Este, Odiongan, Romblon under the initiative of  its warden, Jail Senior Inspector Irene D. Gaspar through a tree planting activity on February 13, 2019 within the 17-hectare NGP 2013 established area in Sitio Tuguis, Brgy. Progreso Este.

Comprising of a total of 21 participants headed by Senior Inspector Gaspar, the activity also included jail officers as well as BS Criminology on-the-job training students of the Romblon State University (RSU) and assisted by personnel from PENRO Romblon who collectively planted a total of 100 Mahogany and 50 Narra seedlings.

In a report submitted to FMB Director Nonito M. Tamayo, MIMAROPA Regional Executive Director Henry A. Adornado said that the activity is one way of maintaining unfunded NGP sites in DENR MIMAROPA.  On the other hand, the BJMP request for planting materials were granted utilizing the replacement seedlings from Tree Cutting Permits.

To date, DENR MIMAROPA has forged a total of 1,115 partnerships with various stakeholders, private firms, and other sectors to pursue the objectives of the NGP.  The Region has also covered a total of 123,126.55 hectares in terms of area planted while seedlings planted totaled 124,393,222.